Ashes, Ashes We All Fall Down

Notre Dame is burning down lamented my husband’s friend as he walked through the door.

I thought, so what?

Wreckage is the current state of affairs: Our financial institutions, our governing institutions, our crops, our creatures, our home. Flames lick our boots. An architectural feat now a crypt of old stones is just going to be rubble with the rest anyway. Save your thoughts and prayers.  Wooden building blocks of porous words decay by insidious slow seepage of poison on all that are holy. We are the destroyers.

Les Miserables return to France’s streets screaming for bread, incensed by the bounty promised to rebuild a cathedral that might better serve the underclass. French leaders say Notre Dame’s tourist money will bring them the cash they are seeking but that promise is built on hollow scaffolding. Here in Nashville, the empowered have been selling the city off to the highest bidders ruining the quality of life for the greater population who never see a dollar from relocated businesses or tourist trade. We live in cement. We sit in traffic, pay higher real estate taxes on places we don’t want to leave. We lose each other in the density.

The sheer exhaustion of trying to be a person on the planet run by two headed monsters these days overdraws the bank that holds principles.  One head tells sweet lies while the other dictates destruction. Checks and balances no long teeter but lock the good guys out. Words shouted down a black tunnel declare all dark equal and nuance irrelevant. That which floats to the surface is declared scum in the worst of nations that we are becoming in the not united states of America. Submerge the light! Beautiful monuments, testaments of our passion for beauty dot so many cities under siege. They are not large enough to shadow the arduous existence of the average guy.

Doves of peace are released at our funerals and shot to kingdom come by hunters.

Billboards line the highway from Chattanooga to Nashville Tennessee. Yesterday I passed a sign preaching God and the next selling firearms. “Jesus is Alive” followed by a picture of a gun and “Silencers are Legal”. God and death and you know they are sold by the same lot. Any foreigner driving down this road would say these people are crazy. Let’s get out of here. Though I’ve been here for 27 years I am one of those foreigners.

But where would I go? Where would we go? That’s the question for most of the world these days? The flames engulf us.

Here a street fighter who Trumps the free world is a rat man a rat roach crafty swamp dweller.  Half the country closes its eyes as it sways to the illiterate spin topping the charts.   They are the weakest or most corruptible. He knew how to enslave them. He sought them out. They will believe what he wants them to believe. What they want to believe. “Come into the beautiful roach hotel. It is a palace I made for you because I love you. I am one of you. Come in, come in … and die before you realize what I did to betray you.”

He is Quasimodo swinging from the burning bell tower. He needs to be loved. He will do anything to be loved.

Tax and abortion are the Right Wing causes of a posse of self imprisoned Republicans. Are those leaders so tethered to unborn life that it’s no matter that that life drink toxic water, eat fatal food, perhaps live addicted or in juvie or maybe no worse and no better than foster care or homeless shelters for those that cannot make ends meet?

What proportionality allows one to sob over a building and turn a blind eye to the destruction of life around them? What value demands an unwanted or unhealthy life be born into a cruel existence? What logic allows one percent of the life to have a surplus while others starve and toil? Lower taxes on the rich have always been the opium that makes illogical mad hatters of those that choose myopia anyway.

I am saddened by the sight of this fiery annihilation. Even the abominable broken pile of stone and rubble that is Trump saddens me. But he is nature corrupted and a monument to the power of that nature in all its fury and distortion to survive, to mutate and infect that around it to mutate as well. We are awestruck by human potential in the cathedral but we are also awestruck by human potential that cannot be conquered or restrained no matter its devilish intent.

Leave the charred skeleton of the cathedral to remind us of that. Let history in its tortured truth stand. We the people need shock and awe to continue beyond a press cycle if we are to implement change. We do not need to be falsely comfortable or comforted. History for some has relevance only as it pertains to sentimentality.

But the time of reckoning has come. 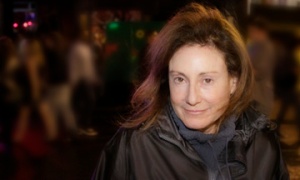