My body is sensitive to drugs, to food, to thoughts and so is yours but you may not notice. So many of us have trained ourselves or been trained to disassociate from discomfort that when asked how we feel we have no words. Perhaps we realize we feel nothing but confusion. It’s a modern malady. But then in an industrial world resting or too much self care is viewed as self indulgent or weak.

I took CBD* oil (Phytocannabinoid Diol)combined with other hemp plant compounds for joint pain and began to notice I was mellow in the way I felt after yoga and bodywork.  I hadn’t realized how anxious I’d become. The nation is suffering from the effects of the last election and maybe that’s it but yoga wasn’t fixing it except for moments.

We live in a garden of plants that support the health and longevity of our human bodies. The fountain of youth is a dream or nightmare but there is some basis to believing in its existence. 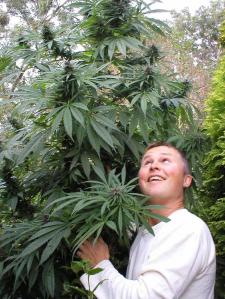 Though I primarily use plants for medicine, this plant provided me a lesson in personal power. It is challenging to regulate how much I need of it day to day or even hour to hour by how I feel. In a world where even we yogis hand over the power to a doctor when our bodies concern and confuse us, this substance requires you to FEEL in order to self-regulate. This creates a healthy dynamic in the relationship between doctor and patient. This is personal power beyond moving the body or centering the mind without sickness. While I am a patient that goes to a doctor armed with information, I still have doubt about what does and does not work in many circumstances. The use of this oil demands I trust myself. (I am compelled to issue a disclaimer that if a person needs help and does not have the ability to self regulate, a doctor’s advice is essential.)

This is both yoga and beyond yoga where yoga binds consciousness to spirit and matter using the body as the vehicle. That vehicle is an energy system in a state of

When we become sensitive to our bodies,

When we become intimate with ourselves in relation to other,

When we are able to sharpen our attention to choose happiness,

We may find ourselves living in yoga.

*CBD is a molecule in the hemp plant whose cannabinoid system like cannabis supports human receptors in the brain and body called endocannabinoid receptors. The plant and we share a genetic code in some way.

Please do not run out and buy CBD. Hemp is not very absorbable and you will waste your money if the product does not have a carrier for the blood system. Also, make sure you get a product where every batch is tested at a reliable lab. Organic does not mean clean. 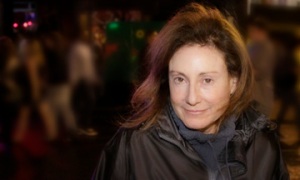 The forecast is mild. There will be no winter. I surrender to daffodils recklessly rising against the odds that they will not be smitten by unreasonable fortune’s turn. You know, when you least expect it……

This strange space does not leave the energy known as human indifferent. There is opportunity in emptiness of unfamiliarity to ponder in new ways.

A friend’s father is hospitalized and nearly killed by inefficiency, incompetence, indifference.  One knows these days that you do not sit still in a metal folding bed of rough white bleach tortured sheets over a thin plastic covered foam pad waiting in your soft worn hospital gown so immodestly covered and held together with shoe string for the death knell. One calls in support.

Why are these places of healing so dangerous? What fault is it that allows otherwise kind and thoughtful and reasonably intelligent life forms to disgrace their profession with sloppiness?  I’m no reporter here. I don’t have an audience to educate with facts.  For now I just want to question. And I want to say, back- off to you who will defend the white coated forces. I respect them too. I know there is much good. It is the trappings of the establishment that worry me, the thing that mutates when housed in airless rooms inside cities of  hand sanitized micro waved institutions of conformity  managed by teams of paper shufflers and bureaucrats.

Will this mess soon absorb the thing known as yoga?

A friend recently offered her opinion that when yoga teachers brought up the idea of yoga in the medical field they opened Pandora’s Box.  Yoga would be regulated by the government. You would pay your yearly fees for this and that re-certification and fill coffers and you would answer to people who know nothing of your profession. That was her take and I suppose I can see it. The states would hire ‘professional’s, who are likely just big yoga outfits and those people manage the new bureaucracy and well you know how it could go.

And I thought about something that keeps coming up called Adaptive Yoga which is yoga for at risk populations and for professionals who want to offer the benefits of yoga and meditation without any trappings of foreignness, religiousness, spookiness.

I answered a call to teach “Adaptive Yoga” to mentally challenged people at an outpatient facility. I was a bit suspicious when they requested someone who was not certified but working toward a certification. The interviewer said that he had done some research on me and was concerned that I was over qualified. I protested that though most everyone I know is either mentally or emotionally challenged to some degree that I had no experience with this population but he persisted. He said the teacher was expected to follow a book written by a local M.D. who had gotten a perfunctory yoga degree and written a book on yoga. I glanced through the book and tried to hide my impatience with something so frankly infuriating. He said they were looking for someone with unlimited time and someone less “experienced”.

I walked away confused and realized after they told me that they hired someone without any commitments and no certification, that they wanted to groom someone to teach yoga mechanically, by this book, adapted to someone else’s idea of what the yoga should be.

So perhaps Adaptive Yoga will become the yoga for the masses and the yoga for medicine and then all other yoga will be what yoga used to be before we needed names to define it. All yoga would be Bhakti. And yoga would be practiced by fringe people out of the limelight, people who are not certified, not doing yoga for business, not talking yoga, not marketing yoga, not competing with yoga. And yoga will be right where it started in this country. A tie-dyed contemplative practice for those suspicious outsiders that find themselves enlivened by the practice and study of a thing that has no license and no PLU number or tracking code or department or use.

Like I said, just enjoying the curve ball of Springtime in Winter and pondering.