You’re tired. You stay up to catch up and tired turns to over tired. You close your eyes but can’t unwind. I have a way to trick my mind toward rainbows and kittens. So called sleep experts say stay away from screens when you wake up in the middle of the night but they obviously know nothing about the power of television programming on the unconscious. Deep breathing while thrashing in bed just pisses me off. I need Shark Tank where dreams come true.

Hello morning news that tells me fast food restaurants are going up in Nashville as fast as the food they make.  That’s how they put it. Look how progressive Nashville is. Slow people eating fast food. Let another day begin. We can fight about health care while we choke down cheap meats.

Dawn light’s silver beams stunningly sweep the steel surfaces of the massive structures that now line the city road linking plantation memories to town.  Steely towers replace wood poles for wires that cross the tangled sky. To hide them underground would cost money better spent on what I wonder?

Sleep drunk drivers clog the passing lane of Nashville’s pot hole neglected inner city speedway like sociopaths.  Swerving semis hold their ground ignorant or insolent to my flashing lights. Why are so many trucks on this road? They must be part of the construction boom turning an unplanned town into a short sighted city. It’s the middle of the day. A 15 minute ride will double like most days. I’m forced below the speed limit. I could change lanes but they are covered like packed pay parking lots that dot downtown. Comatose drivers are weapons against humanity. My radar is tuned for disaster. My car finds a hole and darts like a fugitive running from the law with nothing to lose. I thread through the exodus like Pacman. 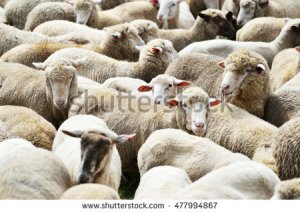 This is the cost of progress.  Traffic and crime are not compensated by the understaffed overpriced overrated restaurants or crowded crappy cluster homes popping up on treeless ground to enclose the herds of newcomers who will not have room on the street to park their cars. Progress is for profiteers.

Nashville was number six in the country for rising heat index a few years ago. We hadn’t even gotten started shoveling humans into bird houses on treeless lots.  Replaced nature with cement. Made the cement mixer the state bird and sold the once peaceful state park as an attraction. Opportunists saw a good buy in. They don’t live here but they own here and what do they care about the quality of life that will be a renter’s headache?

We don’t bother with infrastructure. We don’t zone. We don’t regulate. If you’ve got the cash, we’ve got a lot you can mow down.   Let freedom ring.

I don’t recognize this two lane country road today that connects Franklin to Brentwood. It’s been clear cut since I was here two weeks ago. Oh screw trees anyway. They’re just a fire hazard. Look at the Redwoods in California! We don’t want problems like that here. We live in a basin that holds smog. A slow death from carbon monoxide is more subtle, more Southern.

Sleep drunk drivers sling swaying loads across the broken lines. I just like that line so I put it in. And also, I’m obsessed with zombie drivers on crowded streets. I don’t dare ride my bike anymore lest one of the undead raises a cell phone beside my narrow lane. Or maybe they’re on an Ambien ride.  Or maybe they’re just high. Do the opiate addicted masses drive cars around town? I have no idea but I’m not taking chances.

It’s good to stay put. The best nights are dinner parties with friends anyway.  You do need a place for friends to park. But your friends are less visible in the expanse now. Friendship is no longer a contact sport. It’s easy to lose track of people who aren’t in your immediate world. There are so many immediate worlds to navigate these days, some of them virtual but nonetheless exhausting. We are not our World War II parent’s generation who put a premium on civility and social skills maintaining relationships even when challenged. We don’t have to. No one expects it.

We can’t trust that the existing state of affairs is acceptable. There are not as many legal limits to killing us as we expect from the keepers of a loving country. If it takes a village, it takes a village of individuals who have done due diligence. It takes a village willing to shift when the wind smells like sulfur. 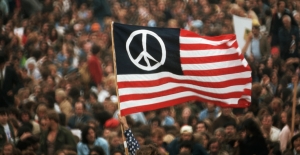